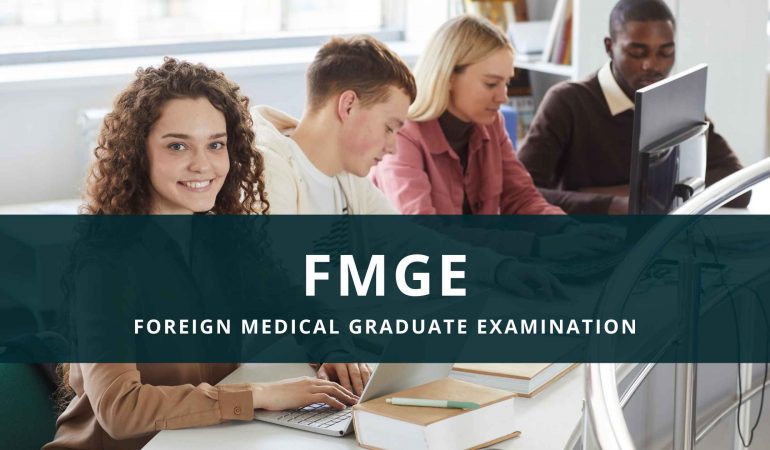 Every country has its own rules and regulations for giving out licenses for medical graduates. Countries have their own screening test or examinations for which students have to qualify to achieve a working license. In India, the screening test is known as the Foreign Medical Graduate Examination, which is the qualifying exam for those Indian citizens or overseas citizens of India who have a primary medical qualification awarded by any medical institution outside of India.

In simple words, FMGE is a screening test in India for medical graduates to be eligible to practice medicine. The screening exam is conducted for students who have completed Medical education from a foreign country.

Students who have completed their medical education from countries like the Philippines, China, Russia etc must get eligibility in the FMGE exam to practice as physicians in India.

This exam is applicable for foreign medical or primary graduates who are pursuing their education in a foreign institution prior to 18th November 2021.

The screening test is conducted twice a year in India and is conducted by the national board of examination in India and determines the eligibility or otherwise of a candidate for his registration with the National Medical Commission and the state commissions of India.

Screening test regulations came into force on 18th February 2002 and all the medical graduates passed from another institute outside India have to abide by it.

What is the primary medical qualification?

As per the norms, the medical qualification awarded by WHO recognized medical institutions outside of India is recognized for enrollment as a medical practitioner in its country and which is equivalent to an MBBS in India.

What is provisional registration?

The provisional registration allows a medical practitioner who was awarded the qualifying degree in some other institute but wants to undergo practical training in India.

What is permanent registration?

Permanent registration is for the enrollment in any state medical register or Indian medical register after completion of the primary medical qualification and practical training as prescribed in India or abroad according to the provisions of the screening test.

Eligibility criteria for the screening test

A citizen of India for an overseas citizen of India with a primary medical qualification from institutes outside the country which are confirmed by the Indian embassy to have recognition for enrollment as a medical practitioner.

The candidate should have an eligibility certificate obtained from the Medical Council of India or the National medical commission as per the eligibility requirement for taking admission in the undergraduate medical course in a foreign medical institution under the screening regulations, 2002. These regulations are not for those individuals who have obtained their admissions and qualifications in foreign medical institutions before 15th March 2002.

However, those with an undergraduate medical qualification from Australia, Canada, New Zealand, the United Kingdom or the United States of America and the postgraduate qualification from the same countries and have been recognized for enrollment as medical practitioners in that country are exempted from the FMGE norms.

The FMGE exam is of 3 hours for each paper in the English language. The three papers have multiple choice questions of preclinical, para-clinical and clinical medicine and its different subjects including obstetrics and gynecology.

The eligibility criteria for FMGE

Candidates should have a minimum of 50% marks in each paper separately and minimum qualifying marks should be applied to all categories of candidates without exception.

A candidate has to pass all three papers in the same attempt, as though there are no such restrictions on the number of attempts to the test.

Indian citizens or overseas Indian citizens who are foreign medical graduates and who do not fall under the National Medical Commission are required to complete the Compulsory Rotating Medical Internship in India if they do not have such practical training after obtaining qualifications in outside countries.

Can foreign medical graduates transfer from one college to another in the same country or another country during the course of education?

There are no such norms regarding transferring in the Screening Test Regulations of 2002. However, there are no restrictions on transfer as long as their eligibility criteria and other norms are followed.

Are there any provisions regarding online classes?

Foreign medical graduates are allowed to have online classes for theory subjects only and have to abide by offline practical classes, rotations and clinical training done in the medical institute and its affiliated hospitals during the course. They have to achieve the certificate of successful completion for the same.

If you have more questions regarding the screening tests, feel free to reach us. We are happy to assist.

We use cookies to ensure that we give you the best experience on our website. If you continue to use this site we will assume that you are happy with it.OkPrivacy policy